Every Step She Takes, Diamond Legacy, Sinclair Justice and The Bad Nurse 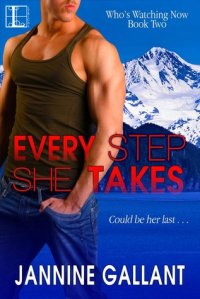 “Every Step She Takes delivers enough twists and turns to keep the reader guessing until the end.”—Nancy Bush, New York Times bestselling author

Tough as nails, no nonsense San Francisco reporter Grace Hanover will do anything to cover the story of the decade—and her career. Having survived a painful past, she’s learned never to let anything stand in her way. Even if it means following a key witness into the Alaskan wilderness, and partnering with Travis Barnett, a former Navy SEAL turned PI who’s working for the Feds, and who would love to bring in Grace’s witness before she can get her story. But together in the wilderness, they’ll each have to put aside their differences and trust one another if they want to survive.

Because someone from Grace’s past is watching, waiting for just the right moment. Every step Grace takes draws her deeper into the line of fire, and into the hands of a killer…

Every Step She Takes is available for order at  Amazon, B&N,  Kobo and Google Play 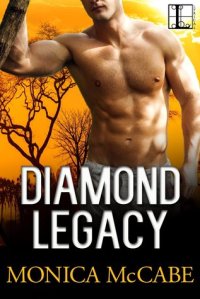 Blood diamonds, corruption, and undercover spies are no match for the chaos of one stubborn veterinarian…

What happens when a dental zoologist flies to Botswana to give a rare albino hippo a root canal? She lands smack in the middle of a diamond smuggling ring and right in the way of an undercover agent for International Diamond Security—one who knows firsthand the horror of conflict diamonds. Determined to bring down the cartel, he accepts the veterinarian’s help. But when the past catches up to him and the stakes skyrocket, he must risk all to save her from an evil that has haunted him for fifteen years.

Diamond Legacy is available for order at  Amazon,  B&N,  Kobo and Google Play

Texas Rangers swear to uphold the law to the letter. But Captain Ross Sinclair isn’t about to play by the rules to destroy a major human trafficking cartel—especially now that the only chance to break this case just strode into his life with attitude as long as her gorgeous legs. Heiress Emm Rothschild is taking names and raising hell as she searches for her abducted sister and niece. And the evidence this wild-child turns up sets off a lethal chain of events—challenging Ross to keep her reckless determination and seductive daring up close and dangerously personal . . .

Now a blindsiding betrayal has Emm heading straight into harm’s way. And Ross will have to put his badge and career on the line to get justice—and prove to the woman he loves that a Ranger’s word is a forever bond . .

Sinclair Justice is available for order at  Amazon, B&N,  Kobo and Google Play

In the small southern town of Ider, Alabama, everyone knew Karri Willoughby as a devoted nurse, loving wife, and mother of two small children. When she was accused of killing her stepfather Billy Junior Shaw with a fatal injection of the anesthetic Propofol, outraged friends and family rallied to her defense.

Overnight Karrie became a media sensation, portrayed as an innocent young woman caught up in a terrible tragedy—until four years later, when she walked into court and pleaded guilty as charged. Only then did the full scope of her crimes emerge.  Nurse Karri was unmasked as cold-blooded, conniving murderer.

The Bad Nurse is available for pre-order at  Amazon,  B&N,  Kobo and Google Play